Water is an existential issue for the Serengeti. Combined with human population growth and climate change, the threat of a collapse in the Serengeti water supply is real. 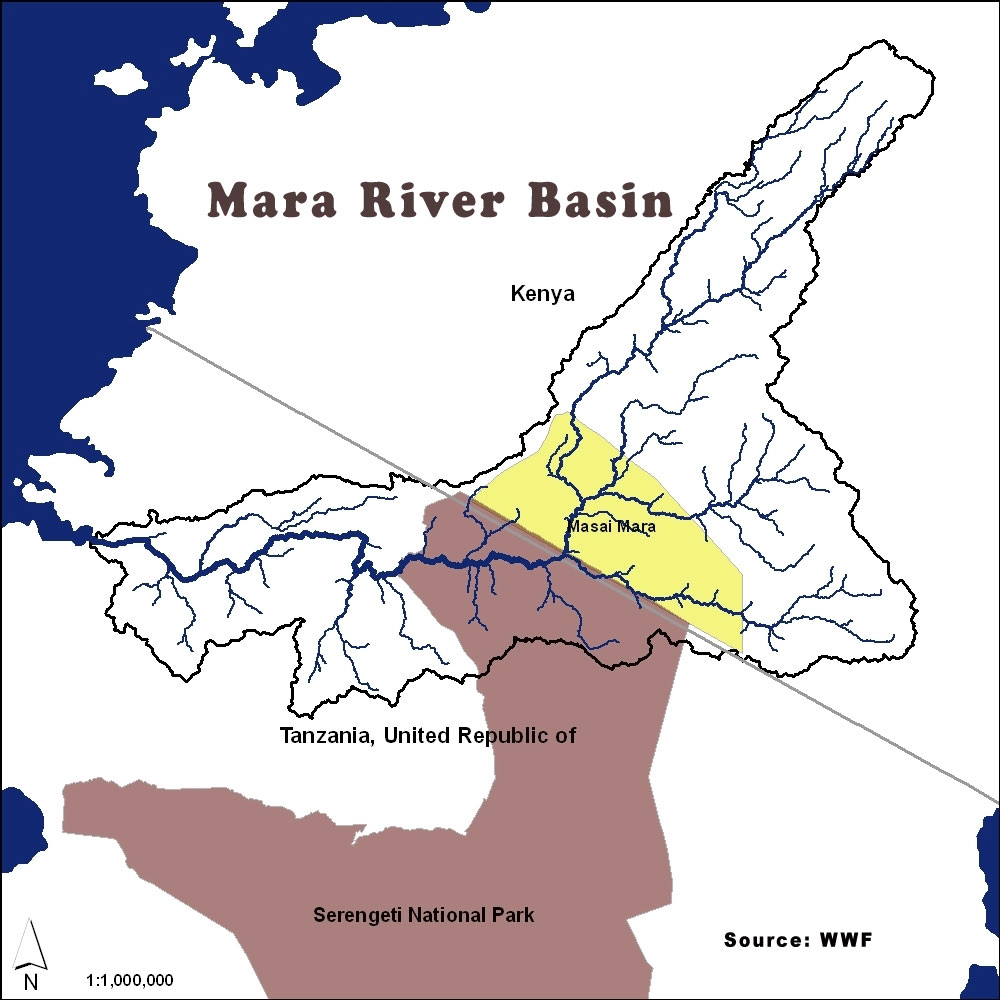 The entire Serengeti ecosystem and migration is dependent on the Mara River, the lifeblood of the migration and the only permanent water source in the dry season. Simply stated, if the Mara dries, the migration will die.

The river is experiencing reduced flow from the Mau Forest highlands in Kenya, which serve as a catchment for the Mara and other important rivers. And it is being siphoned off by more than a million people who depend on the river for agriculture, drinking water, and livestock.

A new threat is a series of hydro and irrigation dams upstream of the Mara River. These dams ensure there will simply not be enough for both.  In times of drought, it could mean deciding on diverting water to people or wildlife. 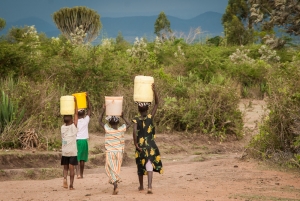 Alison Jones: No Water No Life

The basic human need for water will undoubtedly bring more and more demand for retention dams and irrigation projects. This will grow as the population around the Mara continues to expand at an exponential rate. As climate change brings more frequent and longer droughts, it will force decisions on how to allocate available water.

The threat is real, and it will only grow if Kenya does not adopt wise water management practices.  The Mau highlands in Kenya have been massively deforested and water is being increasingly diverted for irrigation in Kenya, which suffers from periodic droughts.

The US Agency for International Development (USAID) has addressed this issue. They have stated the threats as follows:

Population growth and expanding urban areas. An estimated 1.1 million people call the Mara Basin home, and population is growing by more than 3 percent every year. This means rapid and unplanned growth for towns and settlements, all of which depend on the river for water – as well as increasing food and energy needs.

Land use change. Over the last 30 years, agricultural land use in the Mara Basin has increased by about 200 percent. Now, over 65 percent of the Mara’s households are small farmers. As a result, much of the original forest in the area has been converted into farmland, impacting both seasonal availability of water and water quality.

Threats to adequate water quality. Water quality in the Mara Basin faces a number of threats: sedimentation from river bank erosion, continued deforestation and degradation, and water pollution, just to name a few. These issues have the potential to hamper access to water, sanitation and hygiene services, negatively impacting health and livelihoods.

Vulnerability to climate change. Climate change threatens the Basin’s water security through changes in seasonal distribution of rainfall, increased temperatures, and increased frequency and intensity of extreme events, such as droughts and floods.

Read this report for a full discussion